What do people love more about Ted’s, the food or the people? Yes! We’ve been serving fresh vegetables and meats since 1973 — decades before Farm To Table became the rage. Looking for the perfect morning kick-start? Try Jerry’s legendary grits with one of our Three-Egg Omelets. In a rush? Set-up an online ordering account, and get lunch to go. Breakfast or lunch, for homestyle Southern cooking seasoned with oldstyle Greek hospitality, come see Tasos & Beba Touloupis — and enjoy a genuine Birmingham’s Best experience.

MISTER TED: HIS RESTAURANT AND HIS LEGACY
Ted Sarris (Mister Ted) was born in Tsitalia, Greece in 1930. He moved to Birmingham in 1955, and began work at his uncle Jim Sarris’s restaurant. In 1960 he became sole owner of the Old Hickory Restaurant. Thirteen years later, he renamed it, and moved it to the current location.Ted’s Old Hickory Restaurant held its grand opening on June 11, 1973. For the next 27 years, Mister Ted served his loyal customers a daily dash of Greek flavor—with a healthy side of Birmingham- style Greek hospitality. 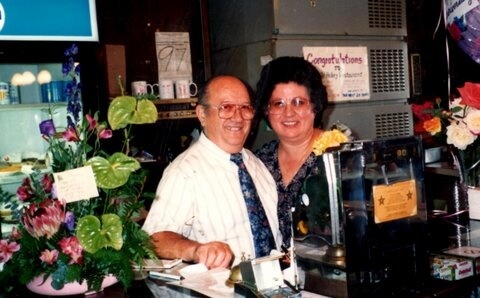 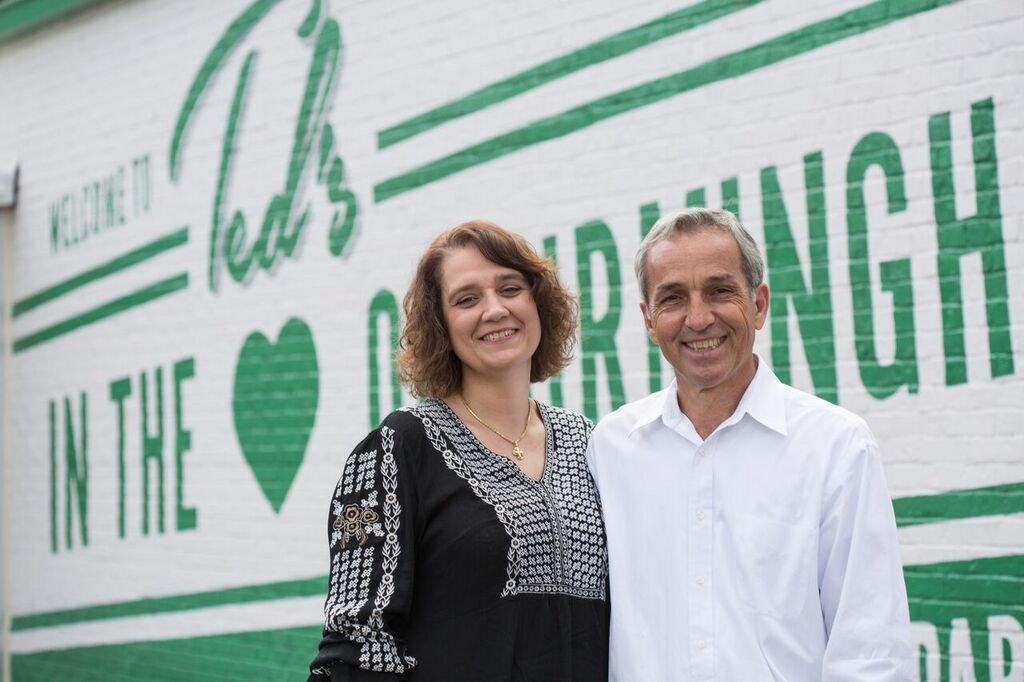 TASOS AND BEBA: TED’S SECOND GENERATION
Sometime early in the year 2000, Mister Ted started thinking about retirement. He met Tasos Touloupis while planning his 70th birthday party at the Hoover Country Club—where Tasos was working as the manager. As AL.com columnist Bob Carlton reported in his 2013 profile of the restaurant – – – -They got to talking, and Sarris told Touloupis he was ready to hang up his apron.“He said, ‘Come buy my restaurant; I’m selling it,’” Touloupis recalls. “And I thought he was kidding me. ‘No,’ he said, ‘I’m serious. It’s time for me to retire.’” Tasos and Beba had lunch with Sarris at his restaurant a couple of days later, and within a month, on May 15, 2000, they became the new owners of Ted’s. “He was very generous,” Tasos Touloupis says. “He made the deal happen for me. To this day, I’m very much in debt for his gratitude because he put a deal together that I could not refuse at the time.” The Touloupises kept the Ted’s name, and they didn’t tinker with the recipes too much, either. “We kept the name because it was an institution downtown already,” Beba Touloupis remembers. “Everybody knew it as Ted’s. We were not just buying a restaurant and a building; we were buying a history and his customers.” “Mr. Ted made sure we did it just right,” Beba says. “We cooked the souvlakia just the way he did it. We might have tweaked a few things just to make it our own, but basically it’s Mr. Ted’s recipes.” Sarris had one other requirement of the new owners. “Mr. Ted was really adamant about me working with Tasos,” Beba says. “He said, ‘Litsa and I worked together; we built this restaurant. You need to work with Tasos.’ “I came in, and we’ve been doing this 13 years now,” she adds. “It’s been quite an honor. We’ve met so many people and have had such great friends and customers over the 13 years. It’s been a huge blessing for us.” Tasos Touloupis moved here from his native Thessaloniki, Greece, to study aerospace engineering at the University of Alabama, where he graduated in 1983. “A good friend of mine working at the American embassy recommended the South, and he gave me a book of all of the colleges listed,” Tasos recalls. “The University of Alabama was first in alphabetical order, of course. When I applied to the University of Alabama, I received a very quick response. To me, it was a dream come true.” Beba Touloupis, whose parents are Greek, was born and raised in the Bahamas and came to Birmingham to get her psychology degree from UAB. So how did an aerospace engineer and a psychologist end up running a restaurant? “It takes a psychologist to analyze the business, and a rocket scientist to make the collard greens delicious,” Tasos jokes. “I don’t know how that happened,” he adds. “Life has a lot of changes, so you just take advantage of what’s presented to you.”
– – – One thing that’s never changed, of course, is Mister Ted’s tradition of quality food and friendly service. Both offered fresh daily since 1973.

We love our adopted hometown of Birmingham, and we’re grateful we can give back to the community that has supported us so loyally! In addition to being members of Birmingham Originals (which promotes eating locally-owned restaurants), we’ve supported, over the years, a number of worthy charitable groups—including:

For several years now, we’ve donated our fresh Friday leftovers to the guests at Ronald McDonald House. In partnership with Easter Seals, we created “Sweet Week”—an annual holiday-season drive to raise money for Christmas gifts distributed by the agency.

Tasos serves as treasurer of the organization behind the Break N Bread Festival—which donates money to a number of local charities.

As part of our 40th Anniversary celebration week, we donated a percentage of our profits to Camp Smile-A-Mile, Cornerstone Schools, The Wellhouse, Kid One Transport and Urban Food Project.

Finally, we’re longtime supporters of the Pop Tab campaigns at our children’s schools. A heartfelt thanks, from everyone at Ted’s, to everyone who’s helped make it all possible.